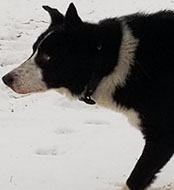 Roy has consistently placed in the top 10 in the USBCHA National Cattle Dog Finals! Roy is a steady and calm worker and shifts gears from one type of stock to another.  He doesn’t bite unless needed and will confidently bite both ends.  Roy has proven himself as a great trial dog as well as sire!  He consistently places in the money at USBCHA trials and has multiple HITs on sheep, cattle and ducks.

2013 was a busy year for Roy! In January, just a few days after his second birthday, Roy took GRAND CHAMPION in Intermediate Sheep at the National Western Stock Show in Denver, CO!!! Roy worked fast and close on the tough range sheep used for this difficult arena trial. He kept them moving without gripping and didn’t give them a chance to turn around for a fight. (Roy took 4th in the first go around and 1st in the second go around to capture the buckle.) In March 2013, Roy won the Nursery Cattle at the Shepherd’s Crook Trial in St. Louis MO. In April 2012 Roy finished his Advanced AKC title at the age of 15 months!  Roy took 4th in the 2013 USBCHA National Cattle Dog Nursery Finals on May 5th 2013! In October of 2013 Roy won the SE Iowa Nursery Futurity Challenge! (check out his video below) In January 2014 Roy celebrated his 3rd birthday by taking 9th in the Open Cattle competition at the National Western Stock Show Saturday morning (out of 36 dogs) and 4th in the Open Sheep competition Saturday evening (out of 38 dogs). 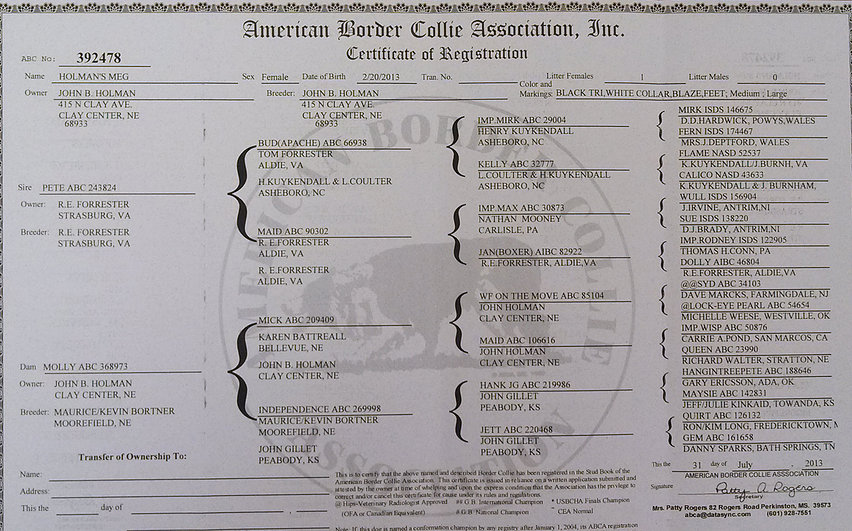